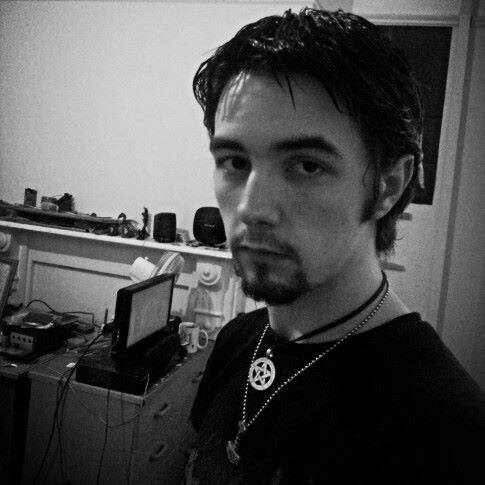 How did you find out about abob?
Some of the men called in at the YMCA [Hostel] where I was staying. It just came at the right time for me, I was feeling lost and depressed and really didn’t have any support. There was nothing going on in my life. I met up with Harvey and Mark and I really liked their energy, I trusted what they said without knowing why. We also started talking about personal stuff straight away and that was unusual.

What happened to you as you were growing up?
I was in care for much of my life. At 14, I was taken out of my family home and put in a foster home, then a children’s home. Then at 18, I ended up at the YMCA.

How was the Quest for you?
I had no idea what I was going to. I thought it was going to be rock climbing and canoeing. It turned out to be one of the most life-changing events in my life. When I was actually there, there was a time when I wanted to leave but I stuck it out and it has changed my perspective on everything.

Did you get in touch with emotions that you hadn’t touched before?
Yes, it allowed me to let go of the deep sadness and guilt that I’d been carrying around since I was a child. It was such a relief to be able to release it.  I also let go of all the feelings around not having my dad around for much of my growing up.

What about the men there?
It was so different for me. My dad left when I was 13 and isn’t in my life. Suddenly there was all this support and witnessing by good men. They were all there for me, supporting me and witnessing me. It felt like a proper brotherhood. I felt so comforted by that feeling of community and solidarity. There were a few men in the group who took on the father figure role and they still do which is awesome.

How has doing it changed your life?
My eyes have opened. Before there were all these feelings swirling round inside of me, but I wasn’t sure where they were coming from. Before I had a tunnel vision, now I have stepped back and looked at the bigger picture. It’s also important to me that it’s not a one off. There are weekly meetings to go to, which are a big support.

What about your mentor?
Yeah, Ronnie is an old Scotsman with a wicked sense of humour. At first, it felt bizarre having a mentor to meet up with. It was awkward because I wasn’t used to having this male figure in my life. But gradually we built up a relationship and humour was key. There was never a dull moment. We’d meet every week at the chippie before the weekly meeting.

What do you think of the Rites of Passage aspect of the training weekend?
It makes the course very powerful. I believe that young men should have these initiation rites within a community of men. It felt really right. I have since gone back to volunteer on the weekends and it’s a powerful experience every time.

And what about the weekly meetings?
Are so useful, I go when I’ve got something on my plate or not. It can be equally strong when you are supporting other men. It’s fantastic to have this meeting to go to, instead of the Drs and getting medicine or pills. This is a different kind of medicine.

Have you developed a new sense of purpose?
I’m still working out what I want to do. I worked as a blacksmith for a while but now I’m reflecting again about what I want to do.
A lot of people say I am good at supporting other and I’m wondering about developing that. Abob have also helped me realise that I have a creative side and supported me with that. I write a lot of poems and short stories. In fact when we were doing a night time charity walk, when we got to Beachy Head, I read out one of my poems around the fire.